The World's Most Practical Esolang! 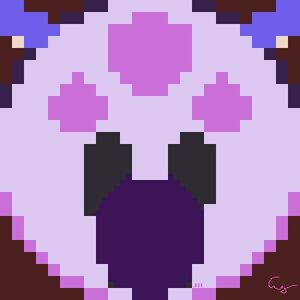 BunnyBell is a programming language created by User:PixelatedStarfish in 2022 and it is designed to be the most practical esolang possible (though some may find this heretical). It was initially created as a second major version of MacroBeep, designed to support subroutines. MacroBeep v2.0 diverged to the point where it was best renamed, as a new language entirely.

Differences include the following:

Changes were implemented to better meet the design goals of MacroBeep versions 1.x by means of efficient memory management, concise source code, and the elimination of global memory constructs inherited from Turing tarpits

An interpreter for BunnyBell is in progress. File extension is .bbe

In order of priority:

Design Goals: Why Use BunnyBell?

This language is best used for the fun of tinkering. It is designed for students; to ease the transition from learning a high level language to a lower level one, and to practice essential programming skills, such as tracing, debugging, and memory management.

All memory in this language is bound to functions (or subroutines, if you prefer that term). Function calls implicitly have access to local tapes of addressable cells.

BunnyBell programs store information in four byte cells. A cell stores a 32-bit integer value. Cells are allocated to function calls (see Syntax) in contiguous tapes. Each cell on the tape has an address referenced by the refer operation, & and an integer. &0 refers to the first cell on the strip, &1 to the second, etc. (It may seem odd written out, but that is conventional, and it would annoy programmers to no end if &1 referred to cell 1.)

This stores function calls, which are explained in the Syntax section.

Statements are a single line of code that are interpreted to run a program. Each statement starts with a command, which can take arguments. The arguments for a command can be separated by tabs or spaces.

The ‘func’ command starts a function definition. It takes a function name and input arguments for the function. Functions end with a ‘return’ command which takes no arguments. Outputting to the parent call is accomplished by ‘emit’ or ‘set’ commands.

A command can take a few different types of arguments:

Command arguments take the following order from left to right:

The only exception is when their is an argument grouping of indeterminate length. That always has the rightmost position, regardless of typing.

Higher order functions may be added to this list, which would be prioritized after the command name, but before the addresses. These would be used in user-defined functions.

A Detailed Explanation of the Refer Operator (&)

The basics of how the refer operator works are explained in Cells. The ampersand refers to a cell via its address, such as &0.

There are 26 commands in BunnyBell. Note that arguments in [brackets] are optional

Whenever possible, an error should describe the function and instruction at which it occurred.

Any program that can simulate a Turing machine is also Turing complete. The most direct proof is to simulate one, but the cat program requires some of the capabilities of a Turing machine to write an input to memory and output each character.

Proof by Translation to bf

Given a function t, with an an arbitrarily large number of cells and a pointer to any cell stored at cell 0. The following translation can be done.

(Please note that the double colon should be substituted for a newline.)

Every BunnyBell interpreter should have a debugger that prints the following at each step:

First, note that source files are run from a run directory, and its sub directories.

The linker formats source code so that it can run appropriately. All leading whitespace before an instruction is removed. Additionally, all include statements are processed. The contents of each included files are concatenated into a single set of source.

The entire contents of a directory can be included using an asterisk ( * ) like so...

The closing angle bracket ( > ) gets replaced with the path from run to hw.bbe . So...

A cyclic reference is when a file includes itself, or when files are linked together in a Hamiltonian Cycle. Currently, these are handled by generic case errors. In Macrobeep there is no test case for a cyclic reference (and there should have been!). The challenge lies in handling this case without slowing the linker too much. Ideally, a specific linker error would be thrown for this situation.