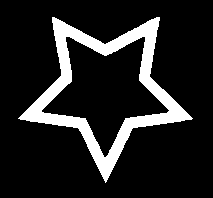 Starstuff is a (family of) programming language(s) by User:PixelatedStarfish. It is designed such that an arbitrary sequence of characters can be interpreted as source describing a program, including ASCII art, source written in other languages, and articles such as this one. This is accomplished by compiling source to a language usable for programming. This article will assume the source compiles to Astridec, but this is far from the only acceptable compiler possible. Many variations on Starstuff that compile to other languages are possible.

Note that a starstuff compiler must be able to compile any sequence of printable characters to source without crashing, throwing errors, or failing to terminate on a finite sequence.

A cumulative compiler does the following:

A modulo compiler does the following:

A decimal compiler does the following: