vurl (viba's useless rudimentary language) is a programming language created by User:Viba in 2022, for no reason other than to cure their own boredom. it is designed to feel vaguely like Scratch, but text-based. 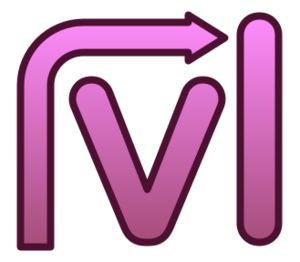 a vurl program consists of lines. each line consists of a command name followed by any number of arguments, all separated by spaces. an argument may be a string literal, variable reference, or embedded command.

string literals are sequences of characters. strings may be enclosed with quotation marks, but this is only necessary if the string contains spaces, is an empty string, or is enclosed in square brackets or parentheses (and would thus otherwise have a different syntactic meaning).

a variable reference represents the value of a variable. it is written as a variable name enclosed in square brackets.

an embedded command is a command followed by arguments, enclosed in parentheses. it represents the return value of that command.

values in vurl are primarily stored as strings. even "numbers" are actually stored as their string representations (eg. 23 is stored as the string "23"). commands that deal with numbers, such as add sub mul div mod, will first try to interpret their inputs as numbers, then perform the operation, and then return the result as a string. if such an input cannot be interpreted as a number, that is an error.

vurl also has lists, which can be created like so: set myList (list). unlike in Scratch, an item in a list can itself be a list (eg. push myList (list)). note that commands that work with lists take in a variable name at which a list is stored (eg. pop myList). (before 2022-05-17, such commands took a variable reference instead, eg. pop [myList])

in addition to strings and lists, variables in vurl can also store functions, via the define command. vurl functions can have local variables, whose names must start with .. functions may be called with arguments, which are stored as a list in that function's local [.args] variable. below is an example of a function being defined and called:

indexes start from 1. boolean values are represented as the strings "1" and "0".